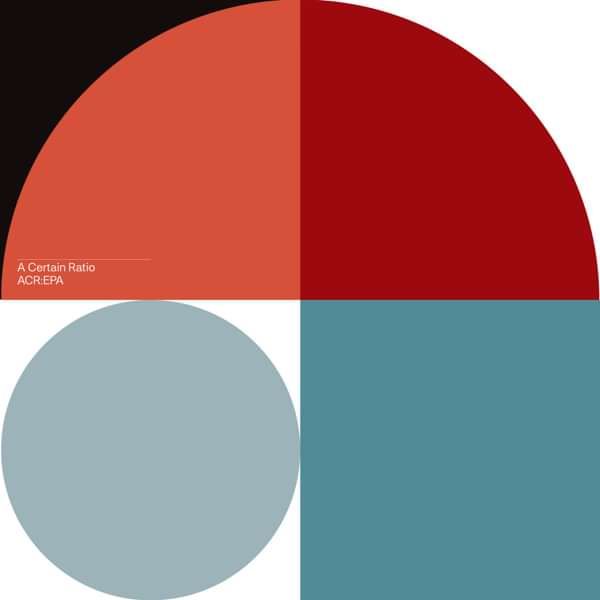 A2 Keep it Together

B1 Down and Dirty

B2 Feel No Fear

Mute are delighted to announce the release of A Certain Ratio’s ACR:EPA, out May 7th on limited edition Valentine Red vinyl and digital formats.

ACR:EPA is the first in a trilogy of EPs by A Certain Ratio. EPA is dedicated to close collaborator Denise Johnson and features the band’s final recordings with her. With their remaining recording time from the ACR Loco sessions, the band spent a day jamming in the studio with no fixed agenda. The result is something very special.

This EP will be followed by ACR:EPC and ACR:EPR and comes after the band’s highly acclaimed album ACR Loco and ahead of a nationwide tour.