A CERTAIN RATIO are back with a new album, ACR Loco. Revitalized by their most successful tour in over two decades, the band returned to the studio to record their first album in 12 years – due for release September 25 on Mute.

The new 10-track album will be released on CD, cassette, limited edition colored vinyl and digital platforms. The vinyl will be available in one of four colors: white, blue, red and turquoise, randomly packed, with each color of varying rarity.

“This album is a culmination of everything we've ever done,” explains Kerr. The album distills the different directions and styles that have run throughout the band’s career, one that began in the late ‘70s with Factory Records’ first ever 7” release. “Digging into the past for the boxset [ACR:BOX was released in 2019 on Mute] must have rubbed off on us and influenced the current album,” says Moscrop. “I think it helped spark up our imagination. It allowed us to work in some of the past as we move forward into the future.”

Keen on the joys of collaboration and sharing, it makes sense that adding the ACR touch to other artists via a series of reworks led to their latest album taking shape. Recent reworks of tracks for the likes of Barry Adamson, The Charlatans and Maps saw the band return to the studio to unpick those original tracks. “The reworks were crucial,” says Donald Johnson. “They got us back in the studio and forced a union and a bond. They allowed us to start getting a groove again.” Kerr mirrors this. “We love doing the reworks because it's just us doing our thing,” he says. “The three of us jamming is really the basis of it all. Once you get that groove there’s no stopping us.”

The first sounds from the album were heard earlier this month when “Friends Around Us (Part 2)” debuted after Tim’s Twitter Listening Party. This was followed by a limited edition 7” released in two parts across both sides of the vinyl, in homage to some of the great soul releases of the ‘70s and ‘80s. The 7” was available exclusively through the Love Record Stores Event to help struggling independent retailers. 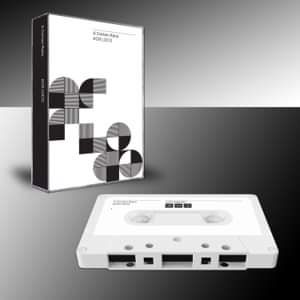