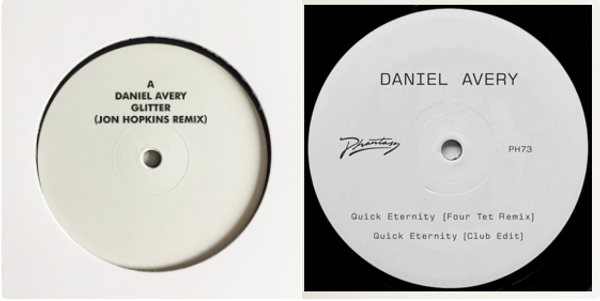 Buy the Daniel Avery Quick Eternity (Four Tet Remix) and Jon Hopkins Remix 12"es and get 20% off your purchase. 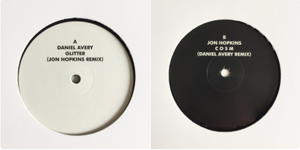 Daniel Avery's limited edition split 12" with Jon Hopkins follows their sold out North American tour. To coincide with the tour, Hopkins provided a bracing remix of Avery’s “Glitter,” reworking the affecting Song For Alpha highlight into something more physical and brooding. Hopkins adapts the celestial, choral elements of the original track, layering them atop a heavy, almost-meditative bass weight, resulting in a remix that compliments the work of both artists in its unforgiving yet introspective quality. 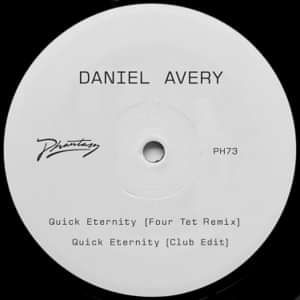 Following the announce of his Projector EP, Daniel Avery has enlisted revered London producer Four Tet aka Kieran Hebden for a remix of ‘Quick Eternity’, taken from the second album Song For Alpha.

Four Tet flips the warm, undulating synths and crystalline percussion of Avery’s original in his own inimitable style, building shimmering, skittering flourishes before a pneumatic final half.