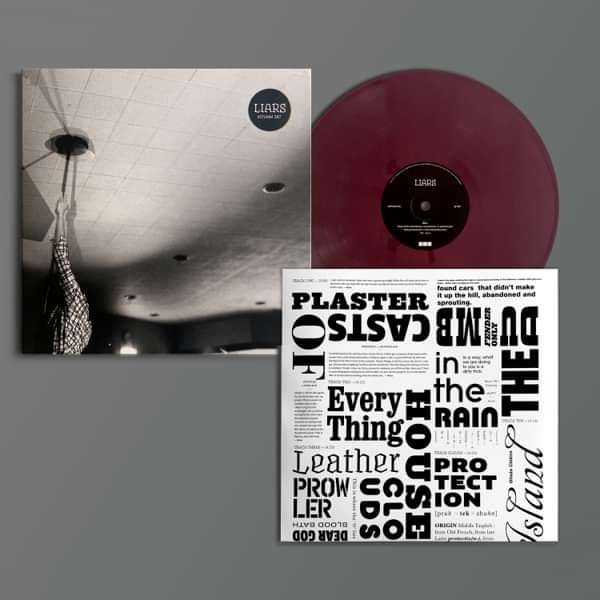 10% off preorders until release date

This item is a pre-order and expected to ship for release February 10 however please note that this is pending no unexpected delays and may change as a result of production, shipping or Covid-19

Liars is the new installment from the Liars’ reissue series, where every two months an album from the back catalog is released on limited edition recycled color vinyl. Includes a printed inner sleeve and audio download code.

Originally released in 2007 and recorded on the heels of 2006’s Drum’s Not Dead somewhere between LA and Berlin, the album marked another bold transition for the band. They took a more practical approach for this album, one based on traditional song structures and instrument usage, with Angus explaining at the time of release that “I’d never felt like a songwriter ‘til this album.”