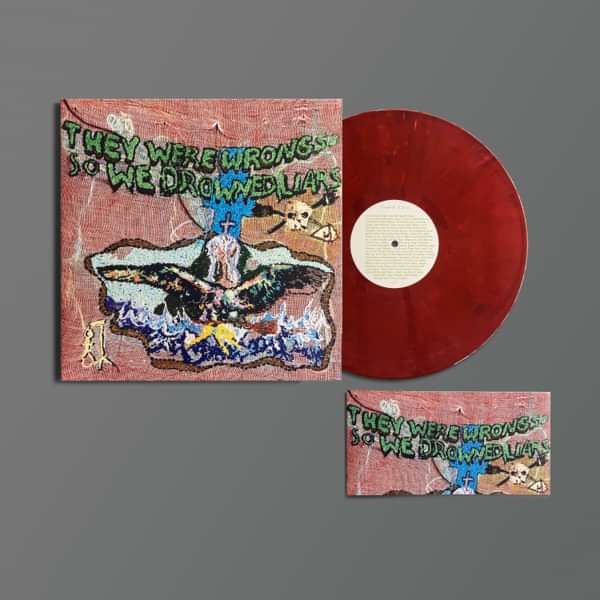 Liars - They Were Wrong, So We Drowned (Limited Edition Recycled Color Vinyl)

All preorders 10% off up until release date of September 16

This item is a pre-order and expected to ship for release September 16 however please note that this is pending no unexpected delays and may change as a result of production, shipping or Covid-19

They Were Wrong, So We Drowned is the new installment from the Liars’ reissue series, where every two months an album from the back catalog is released on limited edition recycled color vinyl in eco packaging with gatefold outer sleeve, limited to 1,000 copies worldwide. Includes high quality download code.

Originally released in 2004, Liars’ second album scrutinizes pagan worship rituals with its title alluding to the horrors and injustices of witch-hunts conducted throughout history. Each song is a page from a story that frontman Angus Andrews crafted from his in-depth look into fairy tales and folklore, illustrating a conflict between witches and a scared Christian village.

They Were Wrong, So We Drowned was a creative transition and saw the band severing their ties with a scene they inaugurated on their debut album, and had decidedly, outgrown by the second.