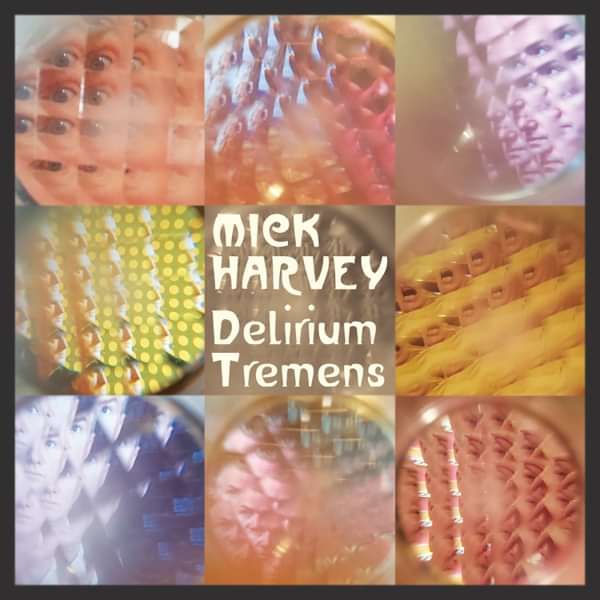 15% preorder discount up until release date

This item is a pre-order and expected to ship for release April 7 however please note that this is pending no unexpected delays and may change as a result of production, shipping or Covid-19

Mute is excited to announce the reissue of Mick Harvey’s Delirium Tremens, the third volume of his Serge Gainsbourg translation project, repressed on limited edition transparent yellow vinyl. Out on April 7th, limited to 1,000 copies worldwide.

Originally released on 24th June 2026, Delirium Tremens was Mick Harvey’s resumption of his series translating Serge Gainsbourg’s songs into English after a 20 year hiatus. Both volume one (Intoxicated Man) and two (Pink Elephants) are cherished classics and introduced English speakers to one of the most legendary songwriters of the 20th century. The album covers a wide cross-section of Gainsbourg material, from 1976’s ‘The Man With The Cabbage Head’ (L’homme à Tête De Chou) to ‘Deadly Tedium’ (Ce Mortel Ennui) and ‘Coffee Colour’ (Couleur Cafe) from the late 50s and early 60s. “Many of the songs I have recorded are ones I had hoped to translate the first time I approached this material but I just thought they would be ones that were too hard to translate. But once I sunk my teeth into the task I found they were no more problematic than most of the songs from the first two albums.” - Mick Harvey