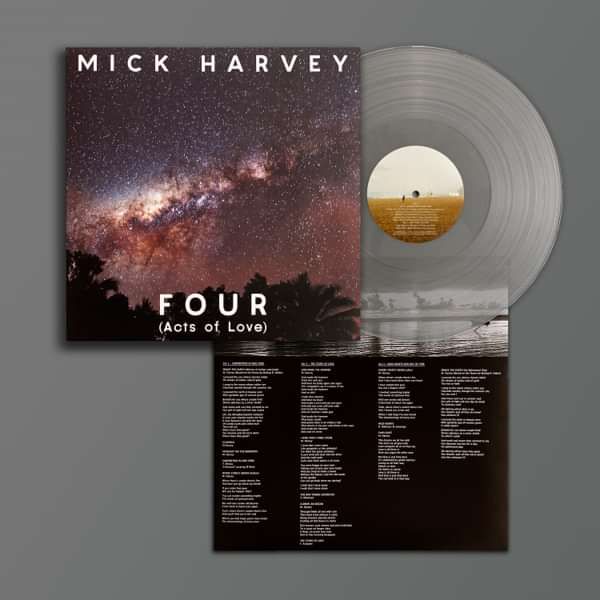 Originally released on April 29th 2013, Four (Acts of Love) is a contemplation on romantic love - its loss, re- awakening, its tumultuous struggle and its place in our universe. The album is a song cycle, divided into 3 Acts, featuring original compositions by Mick Harvey alongside a song by long time collaborator PJ Harvey (“Glorious”) and interpretations of The Saints’ “The Story of Love,” Van Morrison’s “The Way Young Lovers Do,” Exuma’s “Summertime in New York” and Roy Orbison’s “Wild Hearts (Run Out of Time).” Recorded at Grace Lane, North Melbourne and Atlantis Sound, Melbourne, Four (Acts of Love) features regular collaborators Rosie Westbrook on double bass and JP Shilo on guitar and violin.