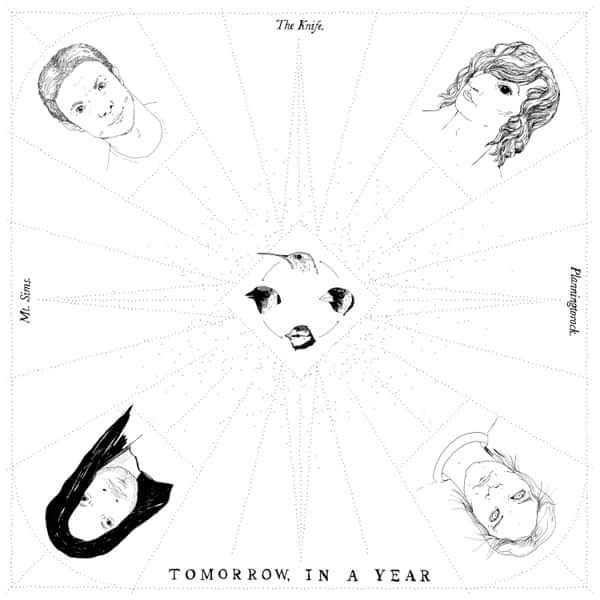 The Knife - Tomorrow, In A Year 2xLP

Also available for purchase bundled with the Seeds 12" (while stock lasts).

B2. Variation Of Birds

B3. Letter To Henslow

D2. Tomorrow In A Year

D3. The Height Of Summer

The Knife continues its 20th anniversary celebration with the first-ever vinyl pressing of their work Tomorrow, In A Year on 180-gram double vinyl to be released August 20.

In 2009, The Knife was commissioned by the Danish performance group Hotel Pro Forma to provide music for an opera set to mark the 150th anniversary of Charles Darwin’s On the Origin of Species. Joining Karin and Olof as collaborators were Mt. Sims and Planningtorock. The studio recorded versions of the compositions were released as Tomorrow, In A Year in 2010 by Rabid Records.