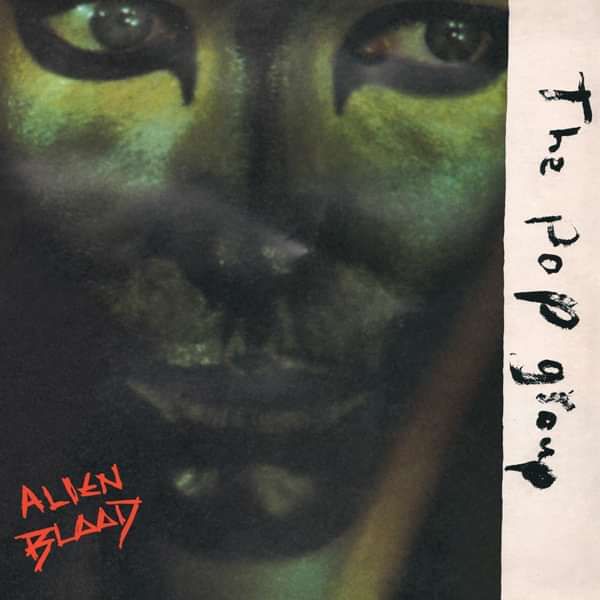 Alien Blood is the result of the band’s meticulous process of revisiting the original 2” tapes of their studio sessions and recordings, unearthing never-before-heard material, including the studio recording of ‘Kiss The Book’, gloves off version of ‘We Are Time (Ricochet)’, and ‘Words Disobey Me (Dennis The Menace Mix)’ whilst exposing the raw skeletons of iconic tracks such as the original velocity of ‘Thief of Fire (Bass Addict).’ Alien Blood reveals the life of Y before everything was finalized, exposing revelatory dimensions within these iconic works.

Mark Stewart from the band embarked on a solo career releasing his pioneering album Learning To Live With Cowardice in 1983. Gareth Sager and Bruce Smith went on to form Rip Rig & Panic alongside Neneh Cherry.

The Pop Group reformed in 2010 to tour and have since released 2 new studio albums.

Side A. Kiss The Book Blood Money (Slow Thief) Don't Call Me Pain (First Mix) Words Disobey Me (Dennis the Menace Mix) We Are Time (Ricochet)