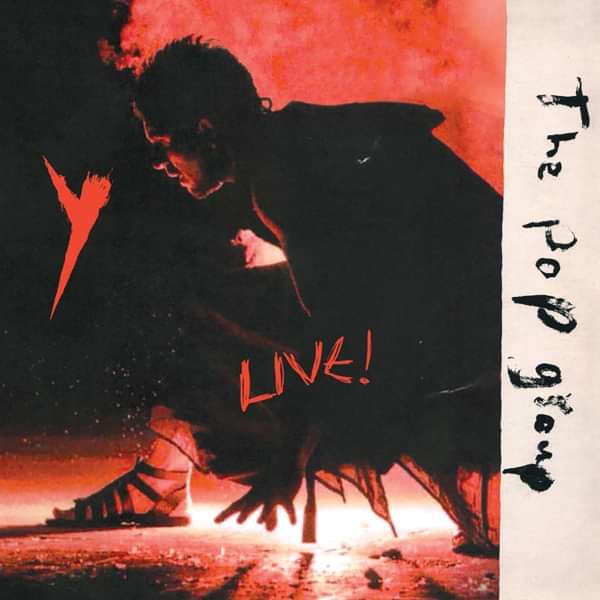 The Y Live album is an essential addendum to the original release, one that captures all the fierce urgency of The Pop Group’s live performances at the time. Comprised of Y era recordings captured at a variety of locations including New York, Manchester & Brussels – the latter on a bill with William Burroughs and Joy Division – Y Live exemplifies what had proved so thrilling about The Pop Group. A snapshot of a time when the group were sharing stages with future acolytes including Cabaret Voltaire, Linton Kwesi Johnson & Public Image Ltd, Mark Stewart describes the recordings as attempts to ‘paint the impossible’.

Mark Stewart from the band embarked on a solo career releasing his pioneering album Learning To Live With Cowardice in 1983. Gareth Sager and Bruce Smith went on to form Rip Rig & Panic alongside Neneh Cherry.

The Pop Group reformed in 2010 to tour and have since released 2 new studio albums.

Side B. Words Disobey Me (Live) Don't Call Me Pain (Live) Boys From Brazil (Live) Don't Sell Your Dreams (Live)